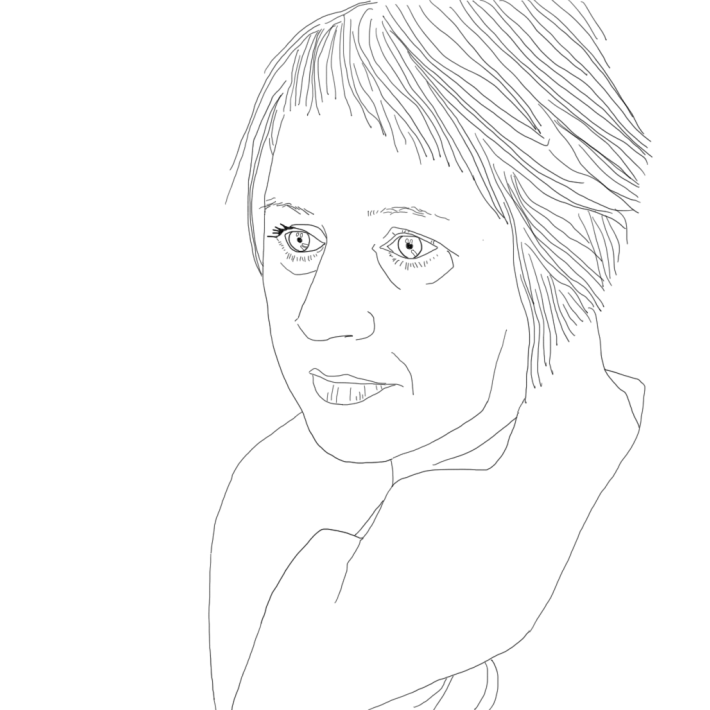 Liz, why don’t you sing something for us, said Kristen.

Elizabeth opened her mouth and started singing. Her voice came from somewhere far from her, from the sky itself. She was opening her mouth and the voice of the sky was chanting through her. Before the first sound came out of Elisabeth’s mouth, Kristen felt goosebumps all over her skin. It was as if the sky took a breath before singing. Then the voice came, from a magical place that apparently bore no relationship with Elisabeth herself.

The song told the story of a man who forgot his name every morning, lost his whereabouts every morning and found his way only when his girl lent him her hand, only then he recognized his clothes and could dress up and walk around the city. She did not leave him alone but for a few minutes at a time, as he would be lost without her. She would lead him around and every day he would see the city as something new, built overnight just for him. He would ask the girl about all they saw, the people they met, the jobs they did and how everything worked. She would explain it all, in simple words, until it was time to go home. He would then eat little and rest and dream and forget everything including his name and wake up and start anew.

While Liz chanted tears came through her eyes but her voice unwavered, she was smiling and crying at the same time and singing with the voice of the sky.