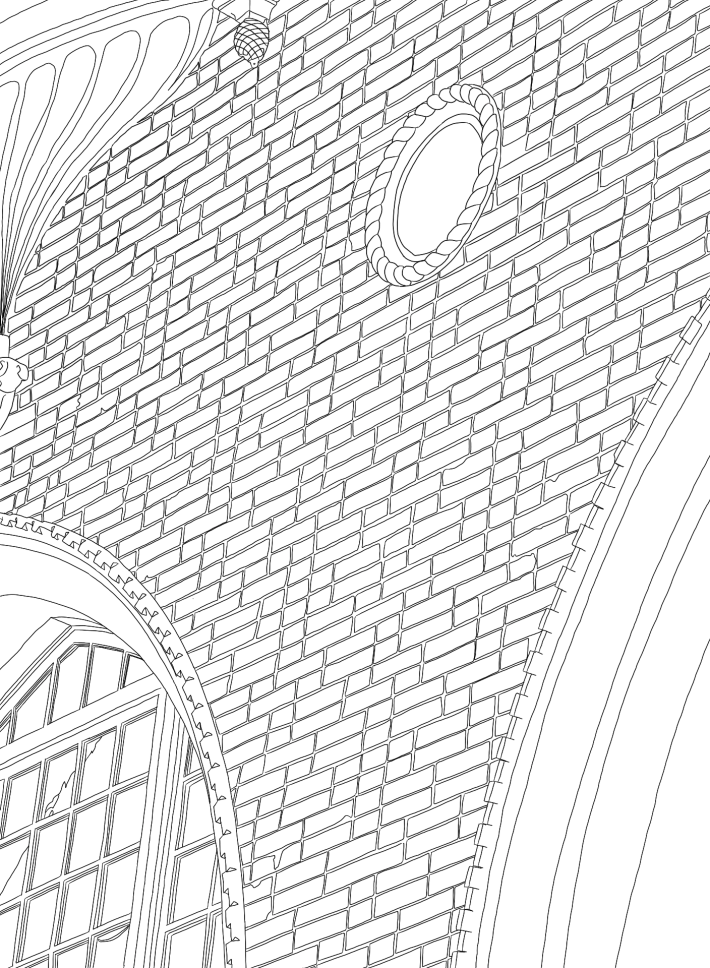 As Julia and Gaia climbed the hill of Mission Island, their steps became less secure, their pace uncertain. Gaia complained.

Julia said nothing. She was out of breath. Still she noticed the doors, the special doors of Mission Island. Each building had at least a couple of them and some buildings had more. People entered their apartment through a separate door on the street, even if they lived on the second floor. Each door told a story, behind it someone was eating, sleeping, talking, learning, drawing, cooking, writing, sewing, cleaning, healing.

Come on, we do not have all day.

Gaia urged Julia from a spot a couple of hundred yards closer to the top of the hill.

Julia wanted to answer but was still out of breath. She waved with her hand and slowly reached the top. By then, Gaia appeared rested, the cat was asleep in her arms. Below, the top arches of the Bay Bridge were invisible, the buildings, the sky, the sea and the boats all the same shade of gray and blue, wet and misty. There was no sign of others around. Julia felt a shiver in her back, her hair was damp, as was Gaia’s. Too little could be seen on a day like that. Then she saw it, a small yellow light in a window. Let’s go there, she pointed out and they reached a small café where a bald man was preparing teas.

Come in and have a sit.

The man gestured to an empty table on the back. A black girl was alone at a table next to the door.